So, what is this all about? 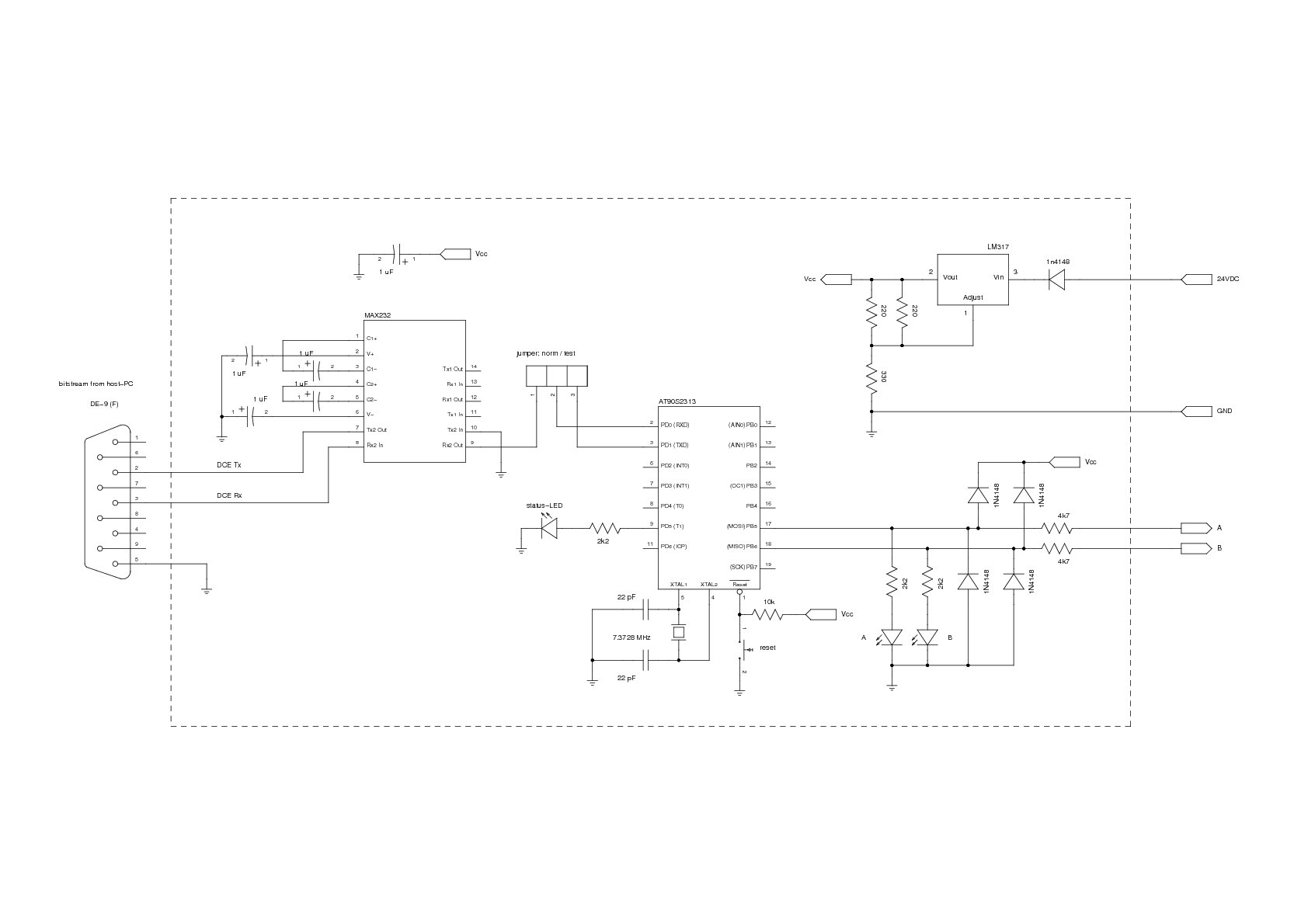 For some thing at work it was useful/necessary to generate a not-too-tast, not-too-perfect yet arbitrary long and complex 2-channel digital signal. The thing described here is not that interesting, but can be built in a jiffy (2.5 hours by yours truly, starting from scratch :-) and is really cheap.

The device itself acts as a dumb interpreter/timer of an incoming headerless bitstream (2 bits per sample, ad inifinitum), and outputs samples on each of 2 output-channels (A and B) at fixed intervals.

Apart from a fairly uninteresting LM317 regulator and an equally boring Maxim MAX232 level-converter, there is...

Workhorse (although it's burning cycles most of the time) is the faithful ATtiny2313 (although the schematic show an AT90s2313 there). Input-bitstream comes from a RS232 connection from a host-PC, although a 'self-test' jumper can be closed to have it feed a nice bitstream to itself - mainly useful to test output-levels and -timing. Samples are output as 0V (low) or 5V (high) on 2 pins 'A' and 'B'.

This is the 3rd or even 4th unit I had the honour of soldering together; the other ones blew up, quite literally. Looking at the schematic, a diode after the 24VDC-terminal can be seen, as well as 2 clamp-diodes for each channel. In addition, a 4k7 resistor is placed after the clamp-diodes. This prevents damage in case of short-circuit or connecting an output to the gnd- or 24V-rail.

This is the less-boring part, perhaps. Software consists of a real-time part (inside the MCU) and a piece of software on PC that basically feeds the device with a bitstream. The latter can be your average TeraTerm.EXE, or it can be a custom interpreter/generator - I chose the latter.

The software will basically do the following: wait for a byte, then, 4 times in a row, snoop the next 2 sample-bits from the byte at freq_sample. After that, the cycle repeats when a new byte comes in.