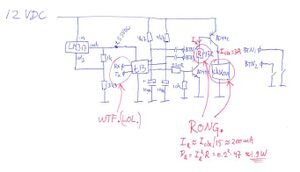 Fig.1: wrong thinking. Original idea was to have serial interface to program simple tunes/delays for both contestants, using PNP/NPN transistors to control carhorn-current, which failed even most basic smoketest.

Fig.2: still not ok. This time using a Darlington-setup to control current (thx Jan), but car-horn was apparently very PSU-unfriendly. 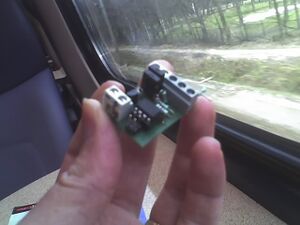 Fig.3: little board ready for 1st real test. Of course, this test failed. MCU kept on resetting; after much measuring and swearing I concluded either the PSU was not up for it, or fast switching caused some spike/dip on MCU's pins. 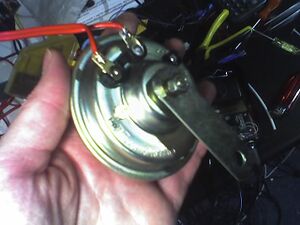 Fig.4: infernal sound-device. Almost got a heart-attack hearing it actually pulled 3A (as per spec); measurements even showed 4A. Oh dear Lord. 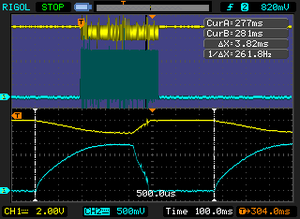 Fig.5: car-horn and PC-PSU on scope. Blue line is voltage over 0.5 Ohm shunt in series with car-horn; yellow line is PSU-voltage. I am seriously guessing this PSU was not very happy about switching 4A on/off at 260Hz, because at some point it started behaving... funny. (Voltage would decrease a LOT when connecting car-horn as load; leaving PSU alone a bit seemed to make it 'ok' again.) So many, many things I still don't understand.

Fig.6: another schematic, ok this time. Actually, taking new buzzer made all the difference (of course); not that much was actually changed, schematic-wise. 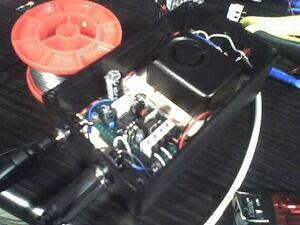 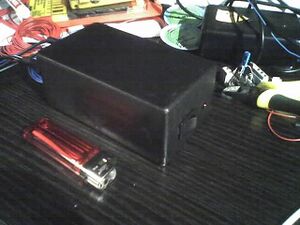 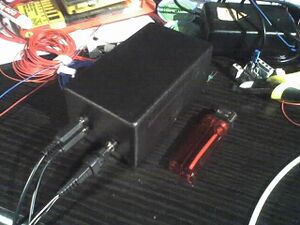 Fig.9: back of box. Connectors for 2 buttons and 12V PSU, not that interesting. 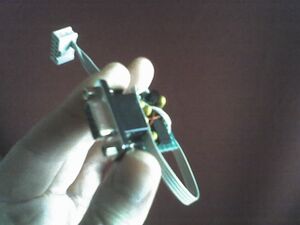 Fig.10: serial dongle, not needed. Ok, original idea of having serial interface to the device was quickly dropped, and so was this thing: basically a max232-clone and a regulator, carrying 12VDC, gnd, and TTL-level Tx/Rx from/to the MCU. Thanks to Domen for putting idea into my head of actually not putting line driver on quiz-board itself, but on dongle.

Yes. A lot of fsckups were made, a lot of things I still don't understand; in fact it's good to have this thing finished, now let's never ever look at it again :-)

The main reason for even writing this is not having to buy anyone a 2010.04-beer for not doing wiki-update.

But what is it?

Good, and how is this causing Trouble?

Things that went wrong, in this order (all PEBCAK-caused of course):

But ok, in the end it works; software waits for button A/B being pressed for 25ms continuously, and if so, plays 'beeeep', or 'beep-beep' for A and B respectively.

Fitting all into the casing was also nice; some mild woodwork, drilling, working with Dremel(tm), glueing, and then some. It actually looks presentable; the on/off-button in particular is very nice to work with - I'll use it again some time.

Software is so extremely simple I CBA to put it somewhere; it's pretty obvious.

Also try having some fun -- Michai