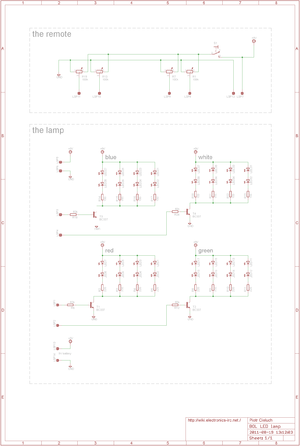 Fig.1: the schematic. Simple as possible. Not any simpler. 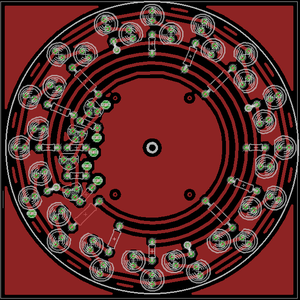 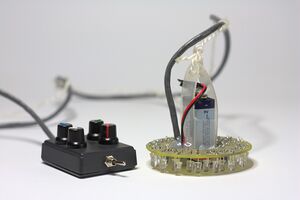 What is it all about?

How does it work?

There is a documental movie on vimeo.com about a guy who mastered the light painting of big balls of light technique. His results are impressive and really (REALLY, REALLY!) worth looking at! Both images and the movie are available on his site: http://www.denissmith.com.au/ [1]. The site also contains a nice guide into the technique itself, so I won't bother with explaining much details here (except for the problematic parts related to my design). There is one more thing about photography in general... the most impressive pics are taken with the simplest ideas behind them. Yup, that's the "creative" part. Same goes for this one - whole hardware one needs is piece of string and some lamp.

When drawing, one likes to have possibility of choosing colours. I went with whole set of colours here: red, green, blue and white diodes have been installed in the lamp. Then to adjust the final colour of the ball, one has to adjust each colour's brightness separately. Since the lamp will be moved pretty fast all the time, the PWM mechanism can't be used for a simple reason: the lamp would leave dashed lines instead of solid ones. And this is not what I want to have as a final result. This is the reason for current based LED brightness control here. Seems like 4 potmeters and 4 transistors (NPN, BC337) should do the trick. And a handfull of resistors as well, to bias the transistors and limit max current in the diodes' circuits (the latter ones may require some tweakups depending on the specific LEDs one has).

Lamp leaves light traces on the picture all the time when it's enabled. This is why one wants to have possibility to enable/disable the lamp while it's already/still spinning. Not a big deal, since the remote can be wired. Whole schematic can be seen on figure 1. It's split into two parts: the lamp and the remote. It will be built as two modules this way, too.

The lamp is supposed to be spun all the time and it should emitt the light outside of the sphere it draws. The lamp's center of gravity should be in the middle of board and the centrifugal force should keep the lamp stable. The first shape of PCB that came into my mind was a disk. With battery acting as both a balance (being the heaviest part of lamp) and a place to hold the string. Eagle layout editor allows 100mm by 80mm board in freeware version, so I went with 80mm of diameted disk shaped PCB. The layout can be seen on figure 2. Of course the edges have to be cut off. Same goes with the space in the middle of the board, the space to install battery in. I've etched the PCB by myself (again) but sadly I didn't pay enough attention to laquering (dust==evil)... so the results are quite poor (to be seen in the gallery at the end of article), but it works after some fixups.

One more thing I needed here was the battery holder. None of ready ones available in stores met my requirements, so I had to make one by myself. I've cut some plastic rectangular shaped box into pieces and glued two of the pieces back together with hot glue gun. The holder was also fixed to the PCB using the hot glue gun. Same goes for the wires, to prevent breakups (well, the device will be spun quite fast all the time). In general: one can see on pics that there was a lot of heat glue gunning done all around this project. The sting is fixed to the holes in the battery holder. That's it, I guess. See the complete device on figure 3.

Does it in fact work?

It all works okay. Really no problems with it at all. My results are not all as good as I'd like them to be, but the fault is located like 80cm from the lamp. Way closer to the remote! There's way more than a hardware behind successfull photography, but what one actualy needs besides the lamp is probably a tripod and a camera capable of setting really long exposure (bulb mode is very handy for this one). Have a look at the pics below and see how it all looks like so far. Enjoy!